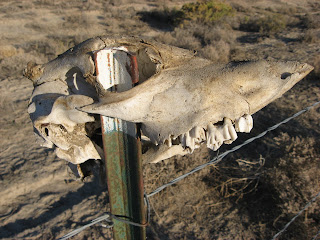 Speeds continue to creep upwards at the Human Powered Speed Challenge, but so did the wind velocity during the Tuesday evening runs, wreaking havoc on expectations for the most speed-friendly weather of the week. Sam Whittingham and Fred Markham are still the two fastest riders at the event. “Fast” Freddy clocked the higest speed of the night, posting a 72.05 mph run despite the cross winds buffeting the course and bedevilling the riders’ efforts. In fact, Freddy was too fast for my camera work, blowing by my position well ahead of the chase car I was using as a reference point to try to spot his sleek black Easy Varna during its run. I talked to Freddy just before the afternoon session however, to get a sense of what it’s like to chase the title of word’s fastest self-propelled human. 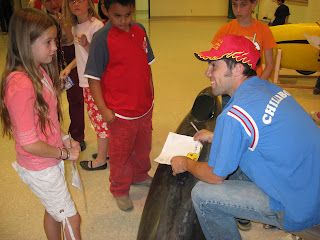 Whittingham remains fast, but a timing malfunction left him without an official time for his second run of the event. He’s reported to have been above 70 mph again. At this point Sam’s record-setting 81 mph run from 2002 still stands, but there’s little doubt that he’d love to claim the $25,000 deciMach prize by officially exceeding the 82 mph mark. 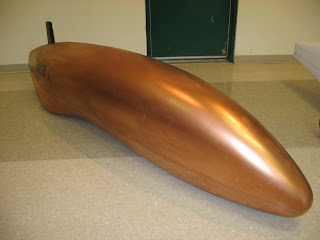 Can Chuck and bike designer Raymond Gage hold on to this accomplishment? Georgi Georgiev has an unearthly-looking camera trike waiting in the wings and it would be no surprise to see it perform a little of that Varna magic if and when it hits the course.

Warren Beauchamp gets a little help from his friends as Georgi and Steve Nash assist him to put a smaller rear cog on his bike — to achieve a higher top speed without over-revving at the pedals. Beauchamp ups his top speed, recording a 61.80 run.

Ellen Van Vugt is still the fastest woman at this year’s event with a 62.92 run on Tuesday, while Jason Erickson’s first run in yet another Varna clone, the Varnator, delivers a 60-plus mph run as well.